We seem to have accidentally made an 8 minute movie for our Kickstarter video. Why? Because I am easily bored!

I spent several weeks telling Lydia that I didn't want to do an infomercial thing for kickstarter because I can never be bothered to watch anyone else's,  while she looked exasperated and said "like what then!". It took us quite a while to realise that if we're a film noir, femme fatale lingerie brand, then THAT IS WHAT WE HAD TO DO.

I bounced the idea off two publicist friends of mine both of whom said they didn't understand it at all and that I was crazy. This appears to be my poor communication skills, since once I actually showed it them they were all "right, NOW I get what you mean! OK." 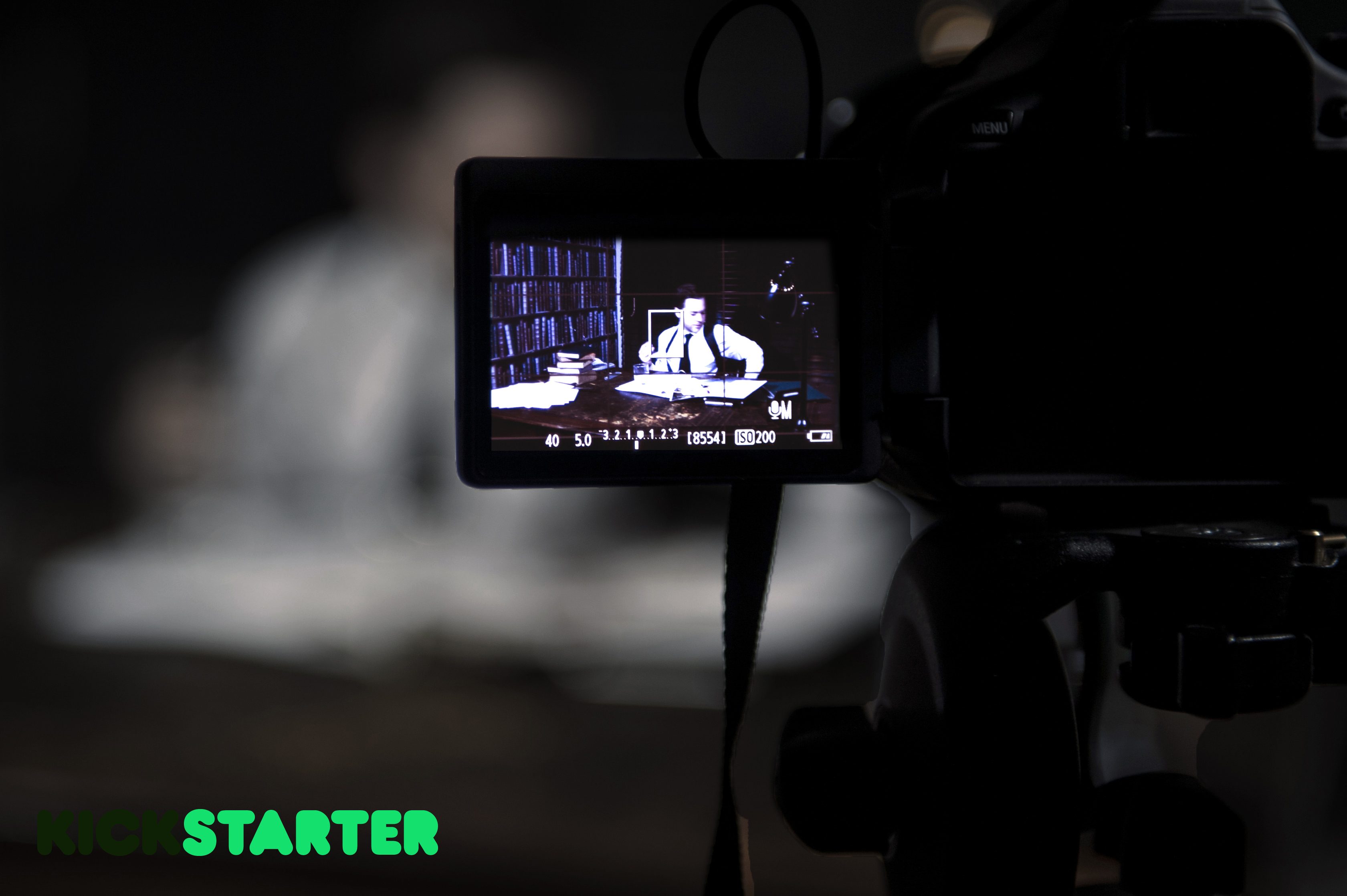 Our resources for this film were:

Lydia having a degree in film and video. And her own camera.

Being in central London and knowing people.

A tiny bit of cash.

Normally you need an awful lot more directors and a much bigger pile of cash.  That said, if we'd had more people, I suspect we'd have had even more stress, albeit in wildly different directions (lack of space was an issue as it was). 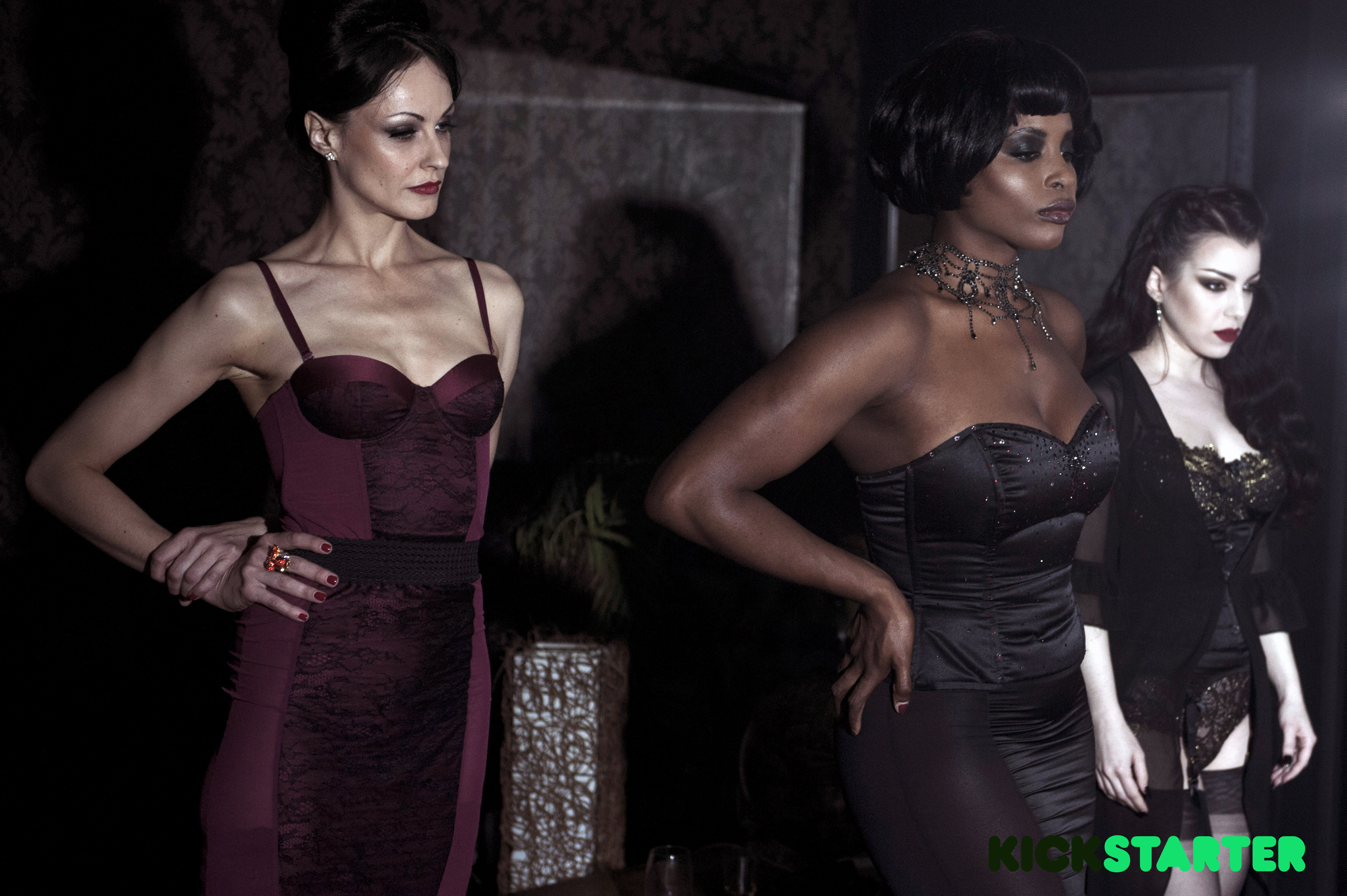 Historically, film/lighting set-ups were originally optimised for white skin, because racism. After filming we realised ours had optimised for Jess - all the footage and imagery you see has involved colouring Morgana in, as she was somewhat luminously white in the original!

Maz joined us at two days notice after our original replacement press person (in reality, Lydia covers press request at the moment, Maz used too) dropped out. Now, neither I nor Lydia have ANY IDEA why we didn't just book her in the first place. Temporary insanity, I suspect.

Maz and Morgana use their own accents. I'm using my own accent, but in real life it drifts around England (which has a different accent for every 30 minutes of travelling). Jess, the investigator and the salesman are the only people who can actually do accents like a real actor, due to actually being real actors. 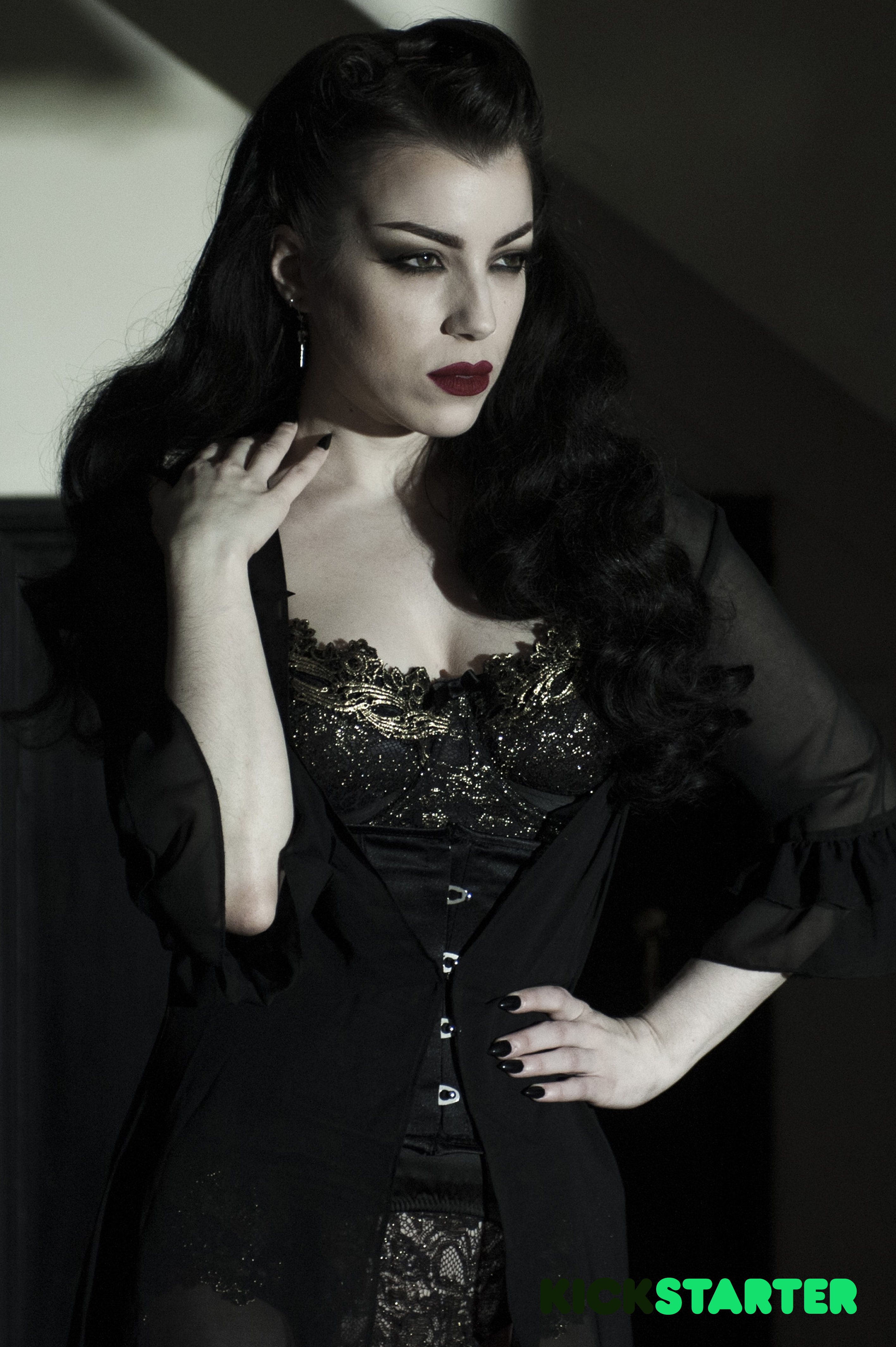 We had to make last minute alterations to the gold bras and all the girdles after the factory messed a few things up (stockings, for example, do not sit round your ankles). These got done by the unsung heroes of the fashion industry - interns!

Did we get anxious about acting? Yes and no. Much of the plot is based on real-life issues, albeit camped up enormously. We genuinely did have a salesperson who fed back that stores want changes to our imagery and sets in beige. Some of us have been groped at work. Morgana genuinely will want to shoot you if you try to tell her what to do on set!

Morgana was anxious about being on film talking for the first time though - she's been hiding her speaking voice for YEARS! She also nearly killed us when she was finally about to leave, then we realised we'd missed a scene. Whoops. 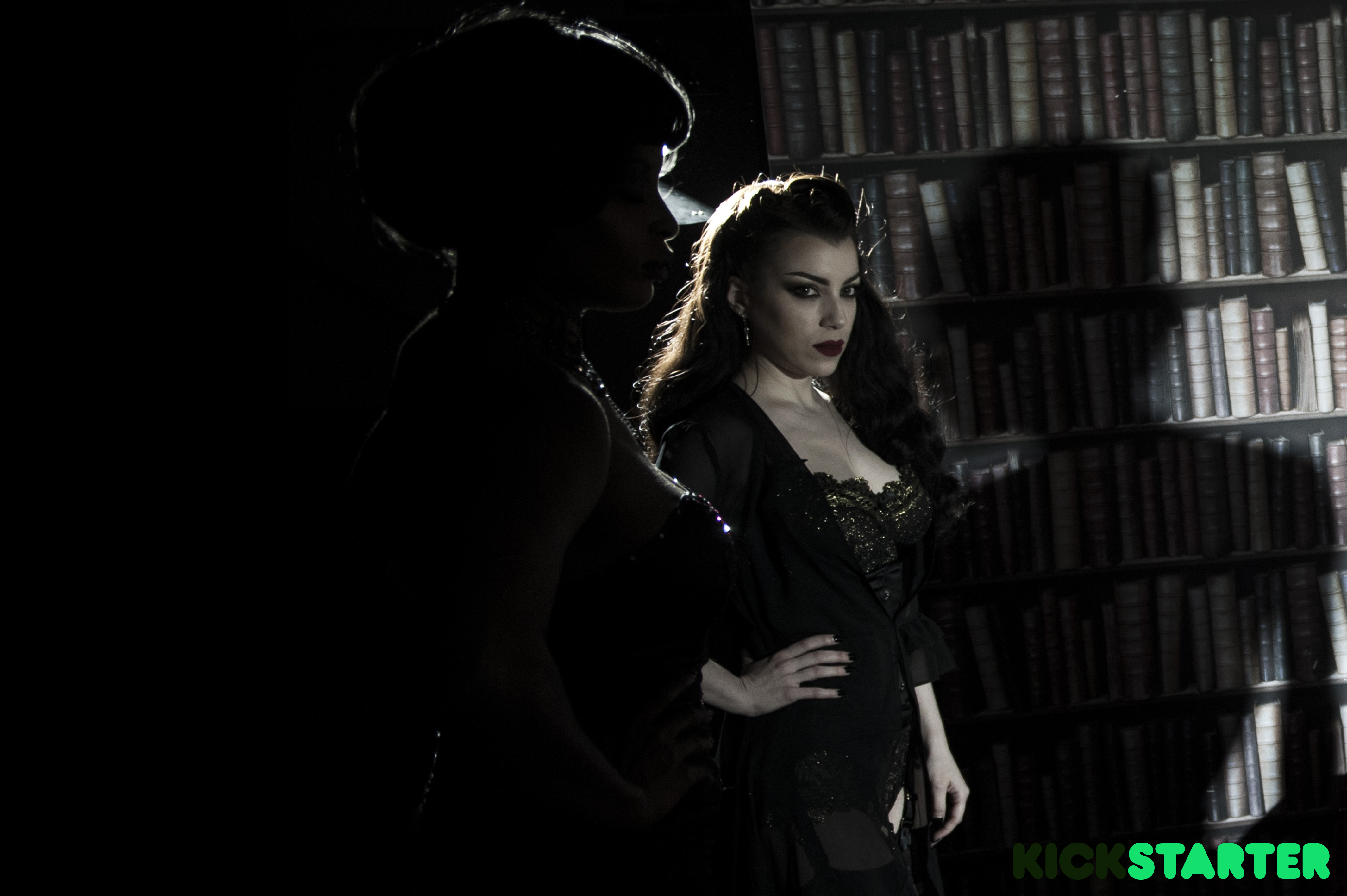 Jess was stressed out because her wig didn't come out the way she wanted (though she has given up caring what the modelling agencies want, happily) 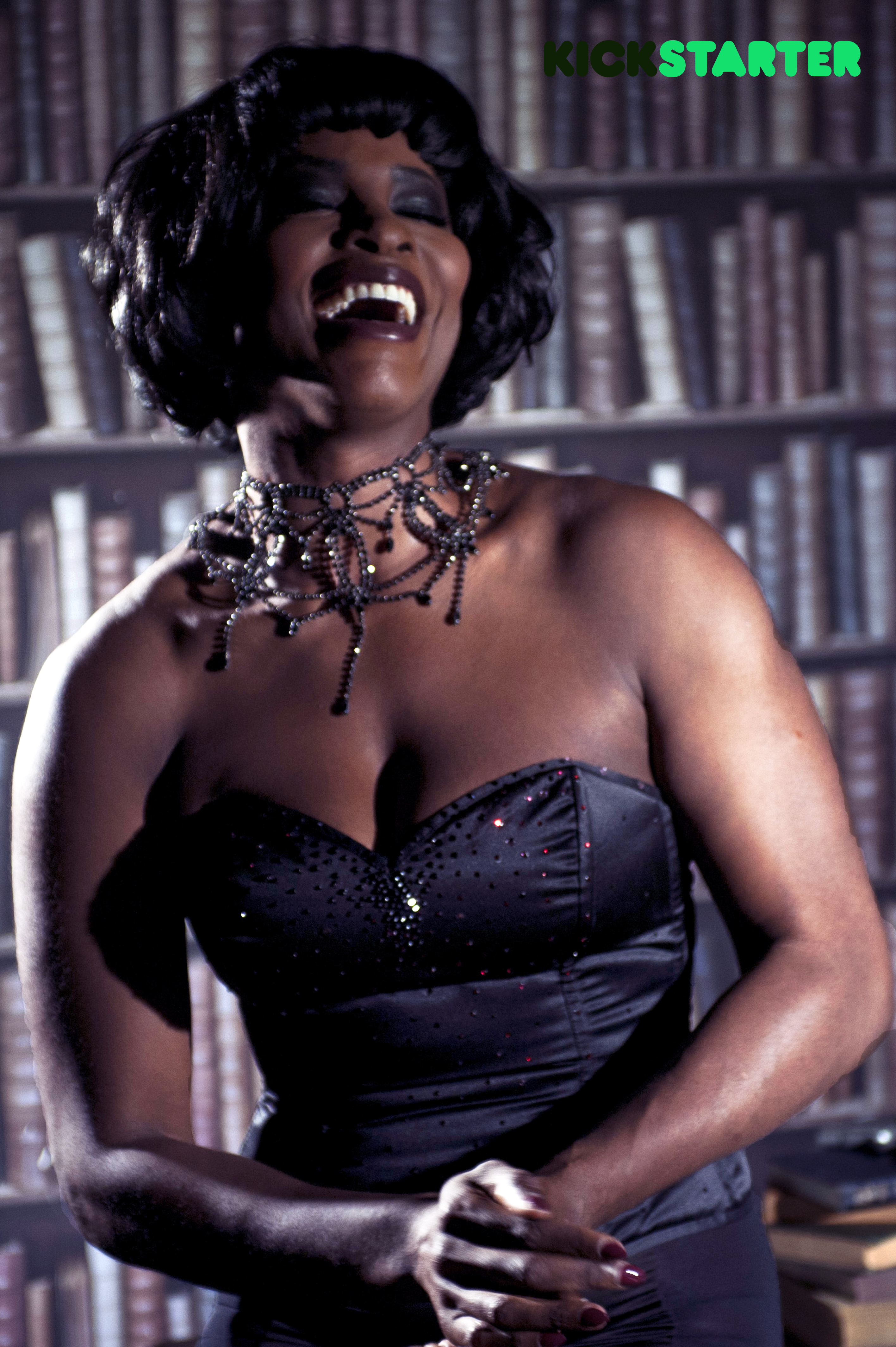 Maz made sure to arrive in time to get Victoria-the-make-up-person's attention. I didn't ask if she was stressed, I just asked if she wanted wine. 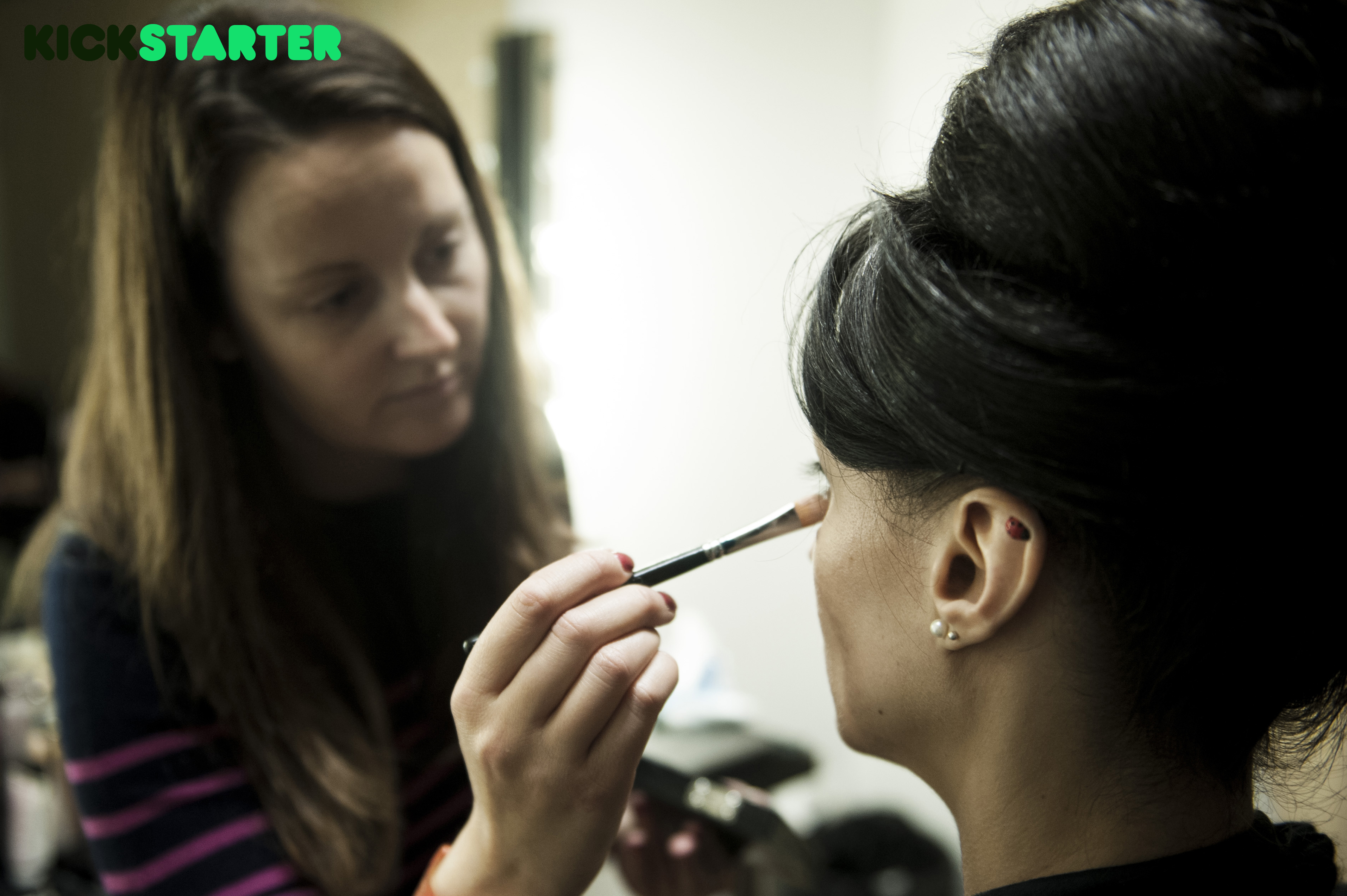 The men are wearing make-up too. As with studio photography, the lights really affect how you look; I felt like I had a wax mask on, but don't look anything like that in the film or shots. 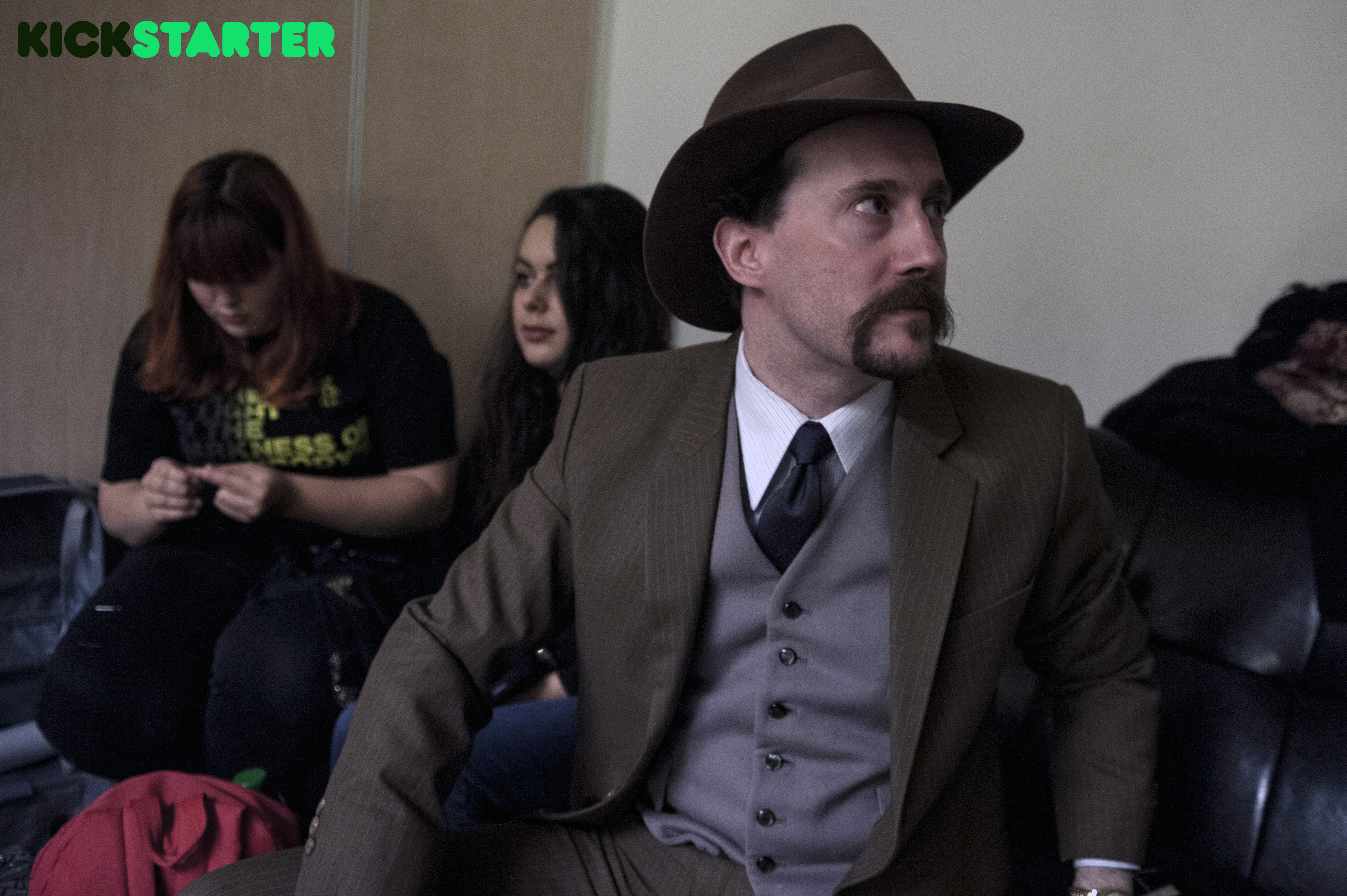 Also because facial hair can be high maintenance too.

Lydia wasn't stressed out about acting because she wasn't due to do any, but she was justifiably stressed out about absolutely everything else. Mostly because we had one day to get it right and no retakes, and things like lights going "fzzzt!" and then refusing to turn on and camera batteries dying kept happening.

Speaking of lights, they cost £85 to hire, and £1600 as a security deposit. Also, we don't ever want to talk about the kafka-esque admin involved in this, ever again. 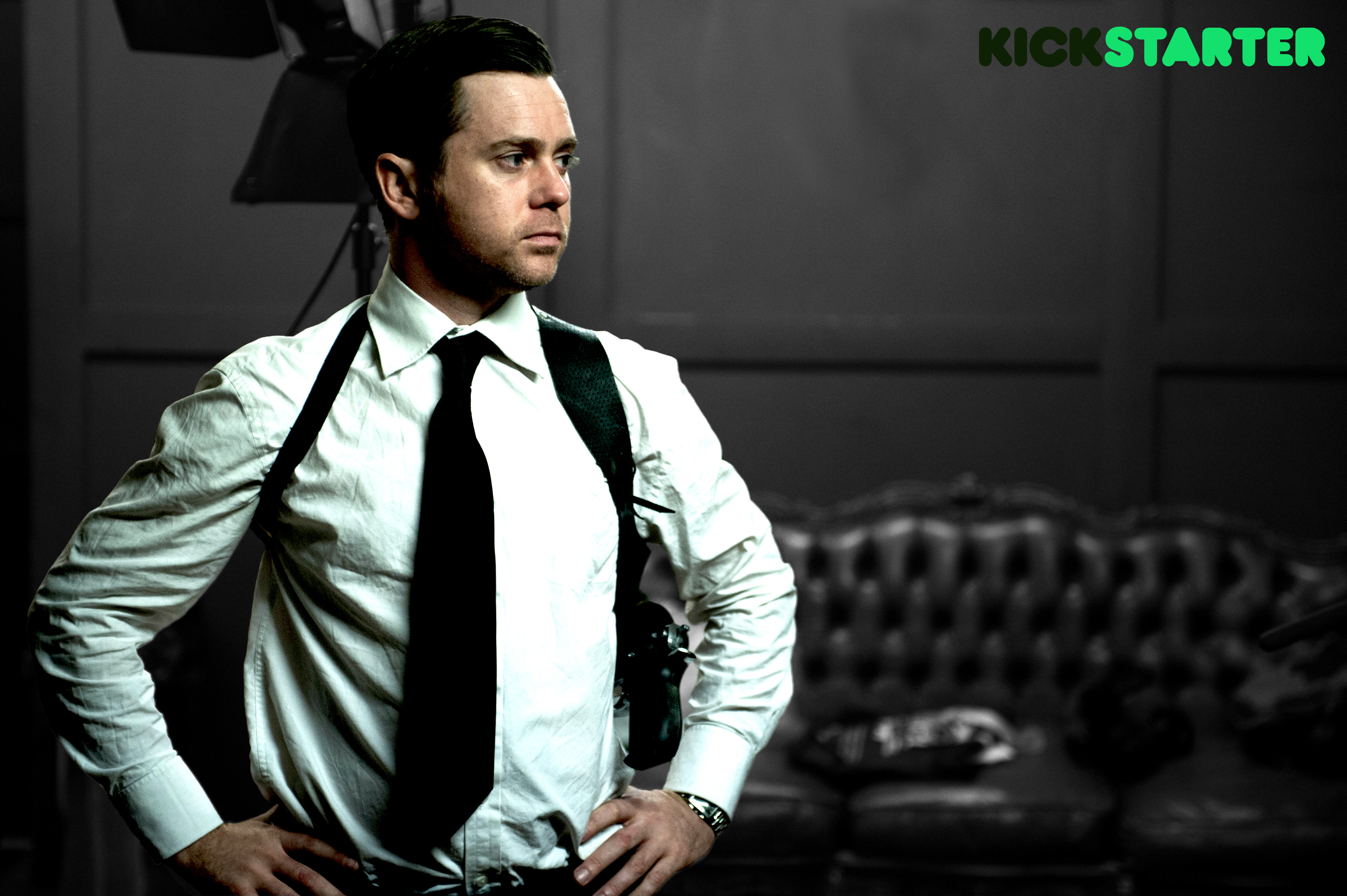 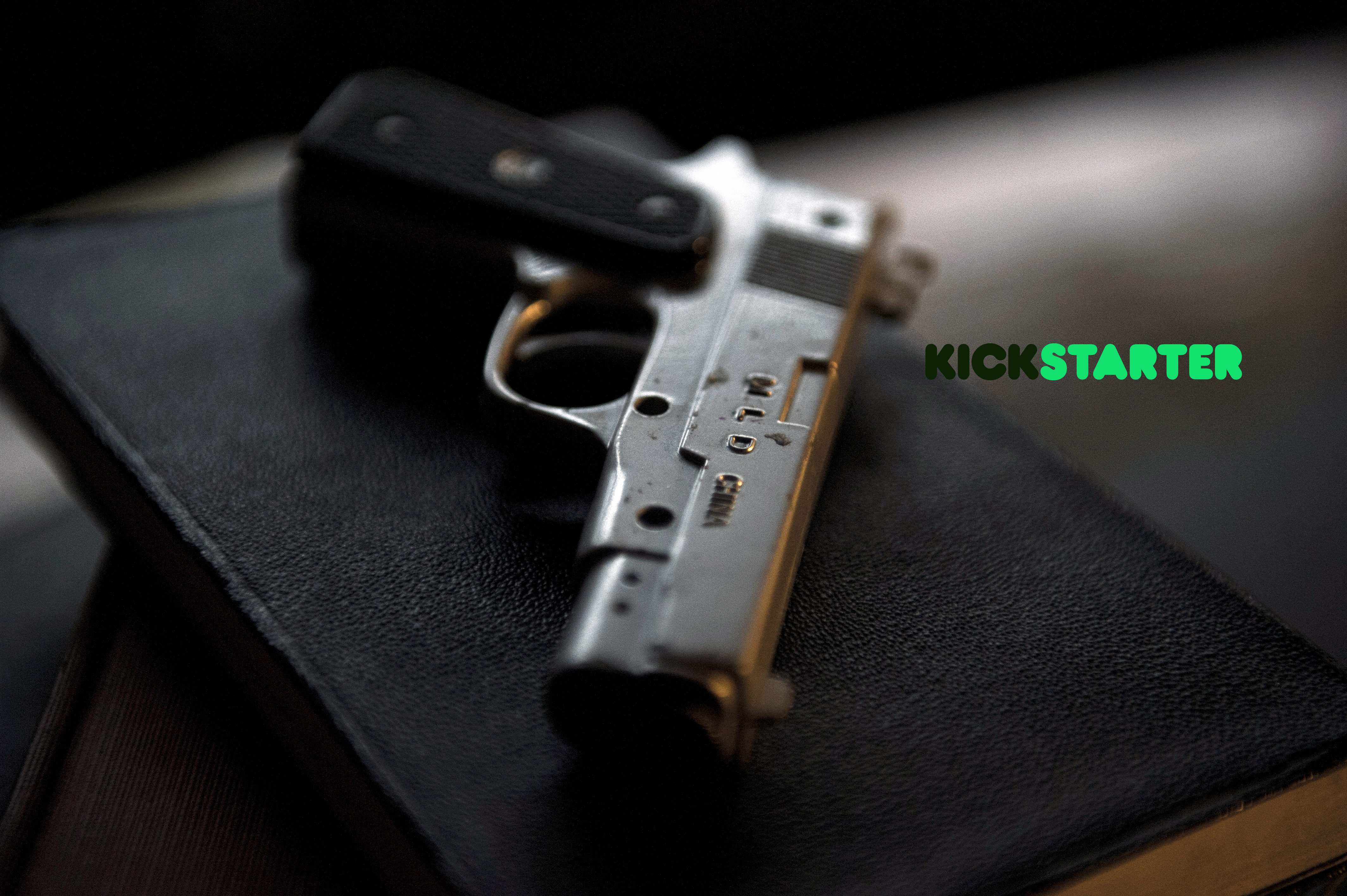 The investigators office, the cell, and the posh background video bits are all at Murder Mile, which is about 7 settings in one warehouse in east London. The studio is actually a studio - it was Playful Promises. They were moving the week we shot, so when I arrived with Victoria, Beca and Yasmin the interns, plus emergency flatmate, we had to move 50 boxes to be able to get in (and later, moved them back again). It was a little more gritty realism than we'd have ideally liked, but it was also FREE, so hey. Thanks Playful :)

The weapons are also fake, apart from the steamer, which was real, and which Maz really DID clonk Edwin Fley over the head with. Whoops. However, the steam from the steamer was fake. Lydia was worrying about time, decided to cut a corner and "just add it in post". Now we are NEVER EVER allowed to say that again or in any way do that ever again. The only things added in post should be things you planned to add in post, so that you know it's feasible. If there's one lesson you can learn from our films, that should be it.

Well, ok, that and "check the mic is recording". Because it wasn't for my bit, which meant 6 people were involved in reconstructing "what the heck did Catherine say here?". I don't stick to scripts. Lydia still isn't allowed to kill me. 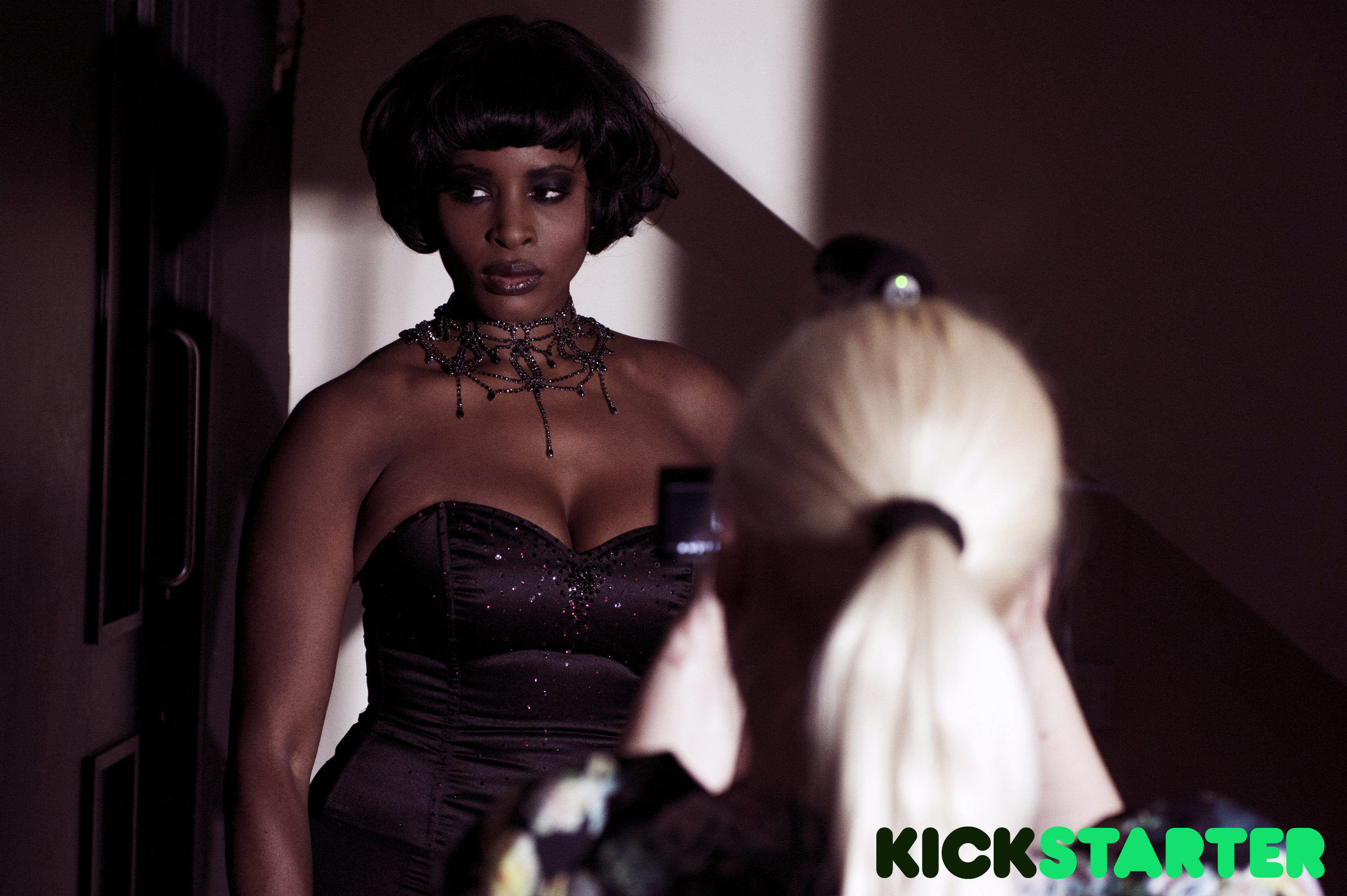 Lydia would describe herself on this shoot as "a small pink ball of stress" and Jess, Maz and Morgana as "elegant" and in the former two cases "tall". I would describe myself as "staying the heck out of the way while they got on with it". 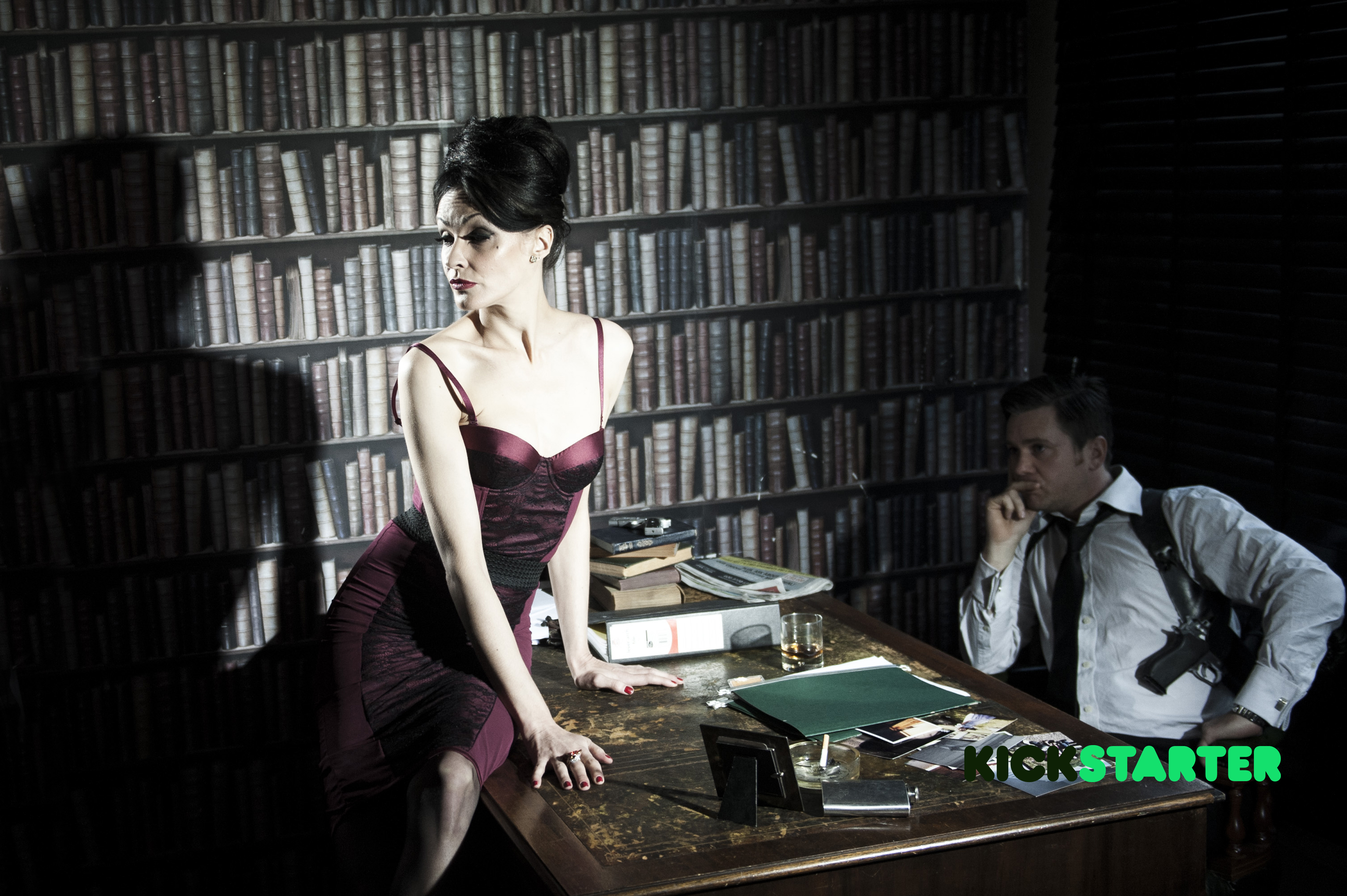 By the end of the day, several of us had been on the go from 8am until 11pm. Micheal somehow managed to give us the perfect shot to express this earlier in the day. 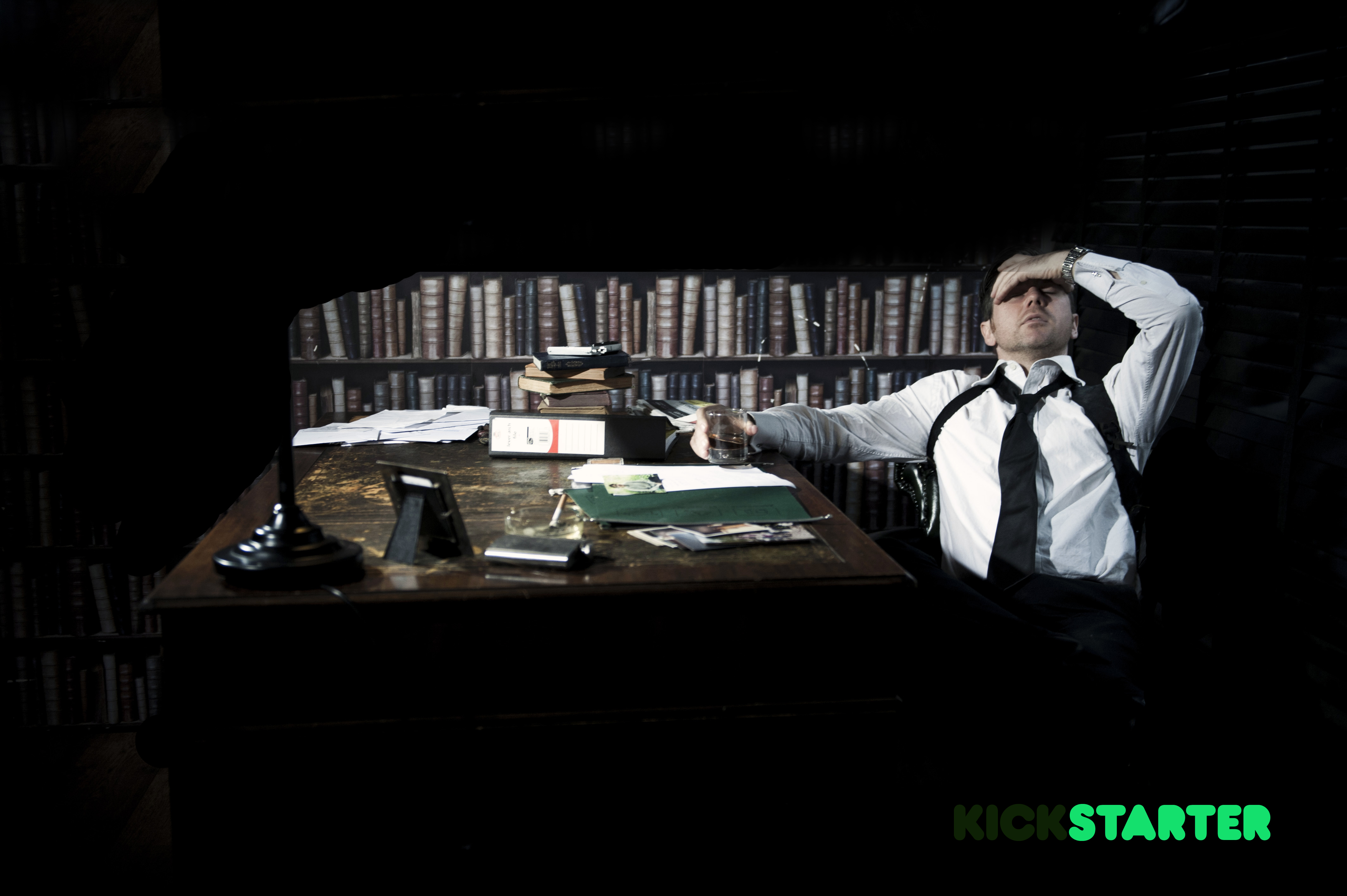 I've missed out so much stuff. Ask anything in the comments, I'll probably tell you the truth!

A million thanks and credits in no particular order to:

Michael Imerson for being hopelessly outnumbered by senior Deadly women.

Morgana for risking wrecking her rep by revealing her voice.

Maz for stepping in at the last minute and being perfect.

Jess Louise for being the only one of us who can pretend to be American.

Edwin Flay for spending all day with us just waiting to be smacked in the back of the head, AND helped on the script.

Benedict Edwards for audio and the excellent background music. No elevator rubbish for us, nope.

Victoria Stride for going above and beyond make-up duty and helping me haul boxes!

Murder Mile Studios for letting us run round for most of a day pretending we were cool.

Data Reprographics Limited, who I believe made us our very own newspaper!

Playful Promises for the loan of an entire and extremely authentic studio.

Taylor Smart for behind the scenes videos that are too damn sexy for facebook.

Yasmin Rodgers for sewing and picture editing and general running about.

Beca Shirazi for appearing on film in corsets with me without ANY notice at all.

Alex-the-flatmate for ferryng people about, doing backstage stuff, and running down a corridor after me with a camera balanced on a wheely steamer.

And of course Lydia! Possibly the only woman in the word who could have turned this into reality, especially on a miniscule budget!